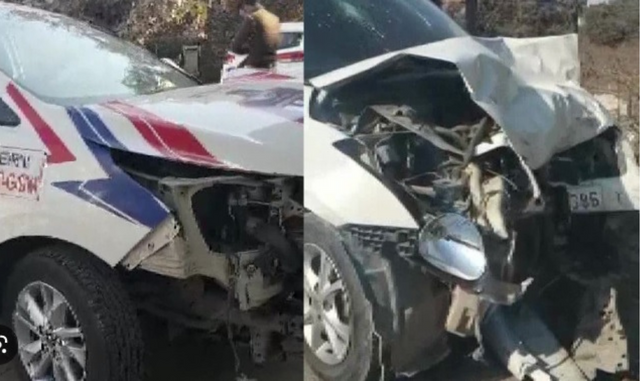 Gurugram: A six-month-old lady died whereas 4 individuals sustained accidents after an SUV they had been touring in collided with a police emergency response car (ERV) on the Gurugram-Faridabad street.

Based on stories, the police emergency response car was being pushed on the mistaken facet which led to the accident. Quickly after the incident, the police reached the spot and launched an investigation.

Following the incident, departmental proceedings have been initiated in opposition to the motive force, particular police officer (SPO) and head constable in reference to the incident.

A case has been registered below Sections 279, 337, 427, 304A of the Indian Penal Code. Additional investigation into the matter is underway.